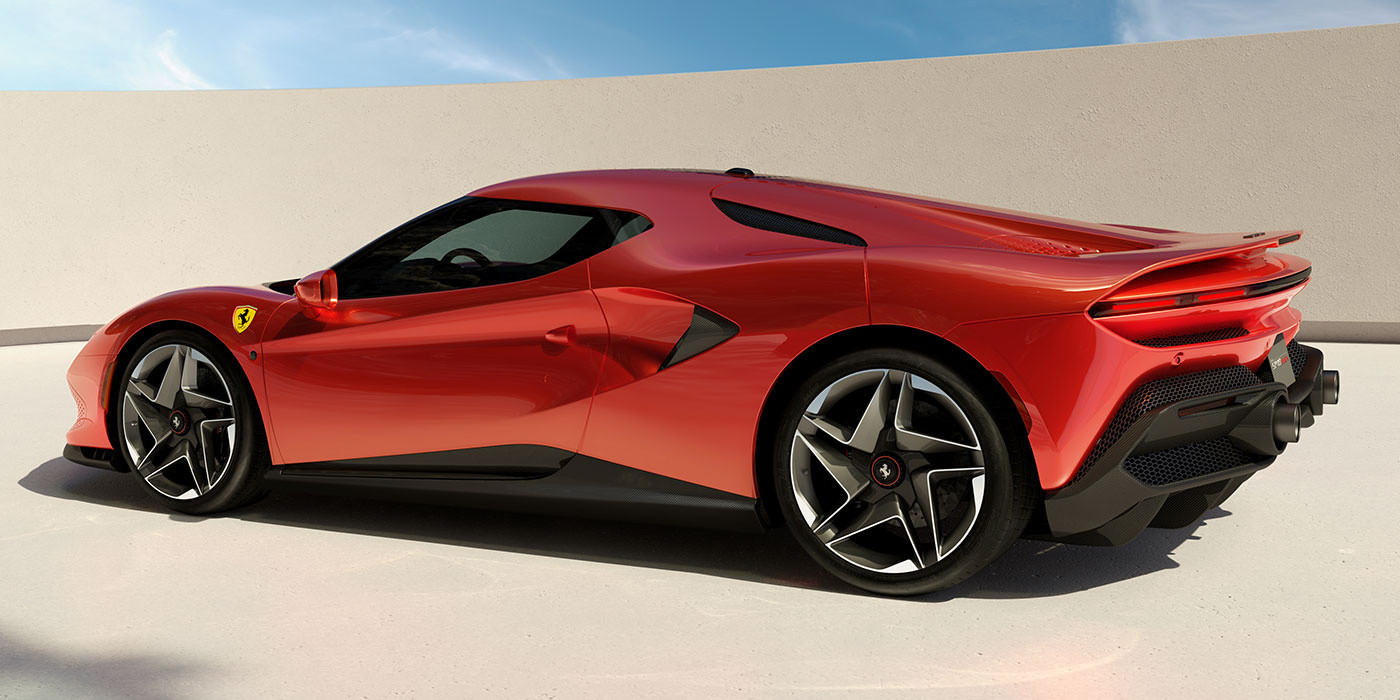 “Unique” in name and facts, the new Ferrari jewel is a new one off built on commission from a client.

The technical basis is the one of the F8 Tributo, with two seats and central engine, but with new shapes and new aerodynamic solutions. In terms of aerodynamics, in fact, the Ferrari SP48 differs from the Ferrari F8 Tributo for the inlets of the engine cooling flows on the front bumper and under the rear spoiler.

The new “Ferrari SP48 Unica” is not only a concentrate of technique and aerodynamics but also of design. Designed at the Ferrari Style Center under the direction of Flavio Manzoni, chief design officer, it is in fact a two-seater coupé with a linear and modern design made unique by the process used for the transition from black to the iridescent color of the bodywork involving the crystals, the roof and the bonnet.

The aggressive appearance and the sharp, forward-projected front make it absolutely distinctive and make it appear as if carved in a single block. The incredible futuristic design of this car is also the result of the extensive use of procedural modeling and 3D prototyping techniques, thanks to which the significant stylistic intervention involving the shape of the grille and the air intakes for the engine was carried out.

The personalization of the interiors, which retain a real technical identity with those of the F8 Tributo, is based on the elimination of the rear window and on a strong investigation of the combination of colors and upholstery so that the interiors were also consistent with the sporty character of the new SP48 Unica. Much of the passenger compartment and the seats are covered with black Alcantara® fabric with laser perforations, underneath which you can glimpse an iridescent coating from red to orange like the bodywork which gives the car design a splendid sense of continuity between the interiors and external parts.

Once again the Maranello brand has managed to amaze with power, technique, exclusivity and refinement!